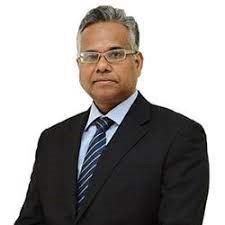 The nose-to-brain or intranasal (IN) delivery of medications has the advantage of targeting the medicines i.e. drugs, to the central nervous system. This approach also has the advantage of avoiding the breakdown of drugs before arriving at their sites of action. Furthermore, as the majority of drugs are unable to penetrate the brain due to the presence of the blood brain barrier (BBB), direct administration to via the IN route ensures the required amount of the drug reaches the target. Alzheimer’s disease (AD) is a progressive, relentless and debilitating disorder that destroys memory and other important mental functions. However, in the present dosage forms, drugs for the treatment of AD are unable to across the blood brain barrier (BBB) in sufficient concentration to exert their optimum effect. In the current study, we prepared nanoparticles that incorporated an AD drug, memantine (MEM). We compared the efficiency of delivery of MEM via IN route in the free form and when nano-encapsulated (MEM-NP), as well as when given intravenously (MEM-IV). The MEM NP was characterised via particle size, zeta potential, polydispersity index (PDI), drug content, encapsulation efficiency and in vitro release study. The concentration of MEM in the plasma and brain after IN and IV administration to unconscious Wistar rats were measured via a previously validated liquid chromatography mass spectrometry (LCMS) analysis. The biodistribution of the placebo NPs administered intranasally was investigated by using fluorescein isothiocyanate (FITC) as a marker. Findings from this study suggest that the method of development of MEM-NP is feasible, and that the IN route of delivery of MEM-NP is more efficient than the IV route for the AD drug, memantine.

ABU BAKAR ABDUL MAJEED, a Registered Pharmacist with Malaysia’s Board of Pharmacy, has a Bachelor of Pharmacy degree from el-Zagazig University, Egypt (1983), PhD in Neurophysiology from Sheffield University, United Kingdom (1988), and a Master’s in Business Administration (MBA) from Universiti Sains Malaysia, Penang (1996). He was awarded the International Brain Research Organisation (IBRO) Post-doctoral Fellowship at the Laboratory for Neural Information Processing, RIKEN in 1992 and Visiting Scientist a year later.

In 2002 Abu Bakar was appointed Dean of the Faculty of Pharmacy, Universiti Teknologi MARA (UiTM). Between 2009 and 2014 he was Assistant Vice-Chancellor (AVC) for Research, UiTM. He also held the post of Rector of UiTM, Selangor between 2017 to 2021. Currently, he is Director of Research Management Centre, UiTM.

Abu Bakar is a council member of the Pharmacy Board, Ministry of Health (2016- 2022), and was Chairman of the National Bioethics Council, Ministry of Science, Technology and Innovation (2016-2018). Since 2006, he has been an assessor of the FRGS, ERGS, PRGS, LRGS and Hi-CoE programmes of Ministry of Higher Education. Abu Bakar was Head of the Health and Clinical Science Domain until recently. For almost two decades, Abu Bakar was a member of the Joint Committee (Research and Ethics) of International Medical University (IMU). At present, he is a Member of Board of Governors, IMU.